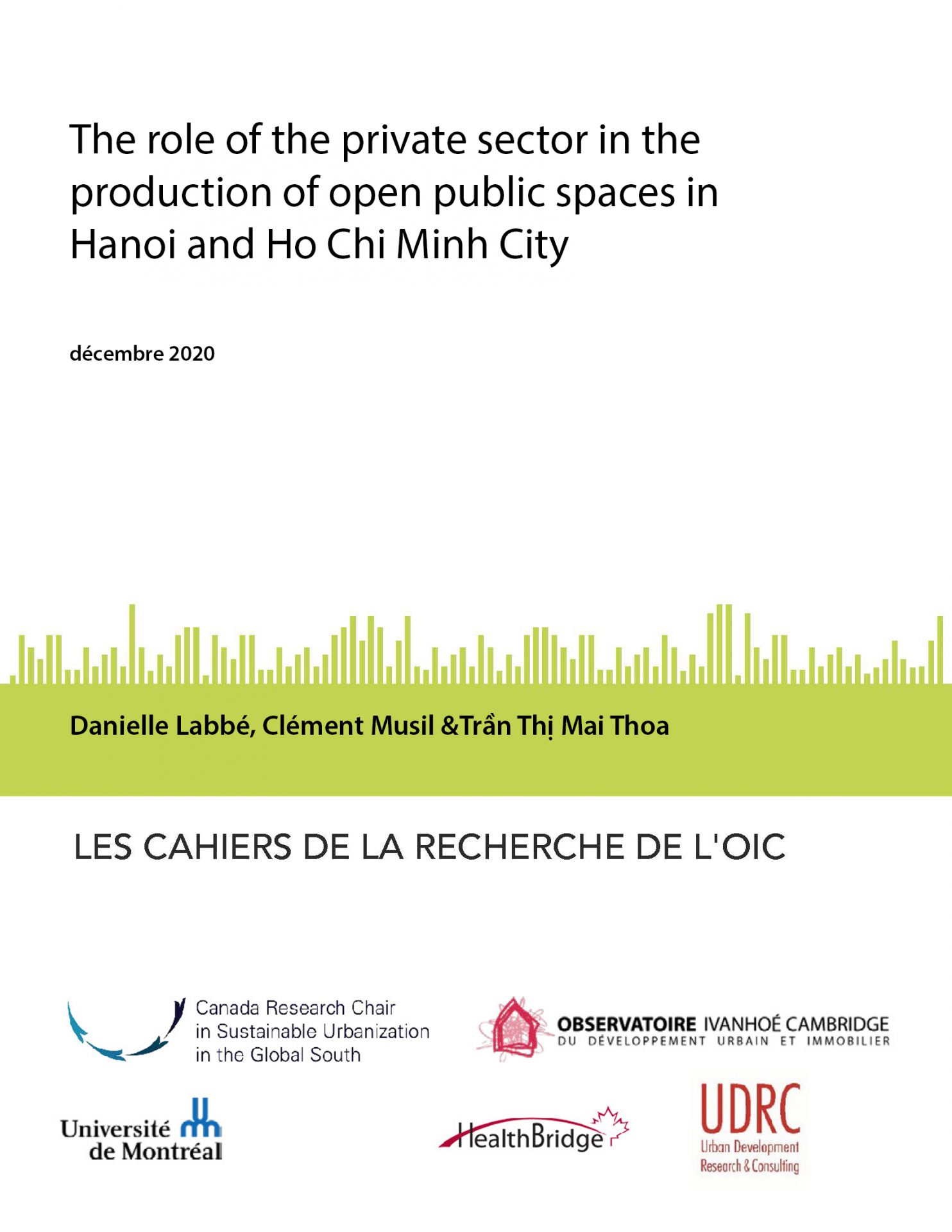 The production of open public spaces, such as parks, public gardens and playgrounds, experienced major changes in Vietnam over the last two decades or so. Starting in the late 1990s, policymakers adopted a series of public policies aimed at transferring a significant part of the responsibility to invest in the design, construction and management of these spaces from the public to the private sector. This policy reorientation has been introduced as a means to boost green and open space provision in Vietnamese cities in spite of strained public budgets.

Twenty years on, very few studies have examined the outcomes of this major policy shift. While conflicts related to privately-produced open public spaces emerge sporadically in the domestic media, and while one can observe new types of public spaces in and around Vietnamese cities that are visibly produced by private entities, there is a lack of systematic research on these spaces. Little is known about the quantity, types and quality of the open public spaces produced by the private sector in this context.

This pilot study is an attempt to respond to these gaps in evidence. It relies on the cases of two areas at the near periphery of Hanoi and Ho Chi Minh City to: (i) critically review the main policies and institutional mechanisms governing the private sector’s involvement in the production of open public spaces in Vietnamese cities; (ii) document how much and what types of spaces are produced through these various mechanisms; (iii) assess the quality of the resulting open public spaces, especially in terms of publicness; and (iii) propose avenues to address shortcomings and issues stemming from the involvement of the private sector in the production of open public spaces in Vietnamese cities. Fieldwork for the study was carried out between March and September 2020.

This research stems from a research partnership between the Canada Research Chair in Sustainable Urbanization in the Global South and the Observatory Ivanhoé-Cambridge of urban development and real estate at the Université de Montréal (Canada) and HealthBridge and the Urban Development Research and Consulting in Vietnam. It draws on our collective commitment to support the development of cities where economic development is in balance with social equity and human flourishing. It also draws on our conviction that one of the ways in which cities can attain this balance is by ensuring that everyone, including the most vulnerable, has access to high-quality, accessible and genuinely public green and open spaces.