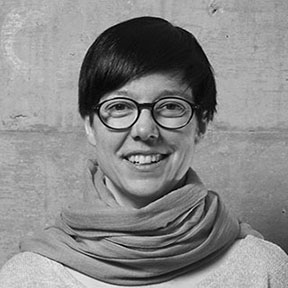 Hanoi is in the midst of a rapid urbanization process. The city’s population is growing by about 3-4% per year and its economy by 6-9% annually (GSO 2020). Mirroring a phenomenon observed across developing East and Southeast Asia (e.g. Shatkin 2017), Hanoi’s accelerated urban transition is generating strong land and real estate pressures (Leducq and Scarwell 2018; Labbé 2021). In the city’s central districts and near periphery, these pressures intersect with the relocation of productive activities to periurban areas, fueling large-scale real estate operations. This urban redevelopment process is not only reshaping the city’s built fabric and functional structure, it is also transforming its collective memory, identity, and socio-spatial dynamic.

The hundred or so industrial spaces which Hanoi has inherited from the 20th century stand at the center of this transformation process. Starting in the late 19th century, the French introduced the first industrial facilities in is now central Hanoi. Some of them still remain, interwoven with the indigenous residential built fabric. The establishment of factories in Hanoi however experienced much stronger development in the post-colonial period. Following Ho Chi Minh’s 1966 call to rebuild and modernize the nation, dozens of factories were built in Hanoi which produced goods ranging from cigarettes to soap, and from rubber to bicycles. More than mere production facilities, these socialist factories shaped the subjectivities and everyday life of their workers and of the neighborhoods that developed around them (Logan 2000).

After the war (1975-), and with the adoption of a market-oriented economy (1986-), these urban artifacts gradually lost their purpose. The government then adopted a relocation policy aimed at moving all industrial activities outside of the city (e.g, Anh Kiet, 6 March 2021). The implementation of this policy is making large, centrally-located sites available for redevelopment. Thus far, a handful of these sites have been redeveloped, giving way to generic, commercial real estate projects. As of yet, this redevelopment process is occurring in the absence of any public discussion about the nature and value of the spaces it is wiping out or about ways in which they can best be put in the service of Hanoi’s development.

The proposed research-creation project addresses these shortcomings. It builds on an emerging collaborative and interdisciplinary partnership called Ha Noi Ad Hoc in which academics (in urban planning, architecture, geography, and anthropology) work alongside professionals and students in the built environment disciplines (architecture, urban design, landscape architecture, and planning). Together, we seek:

i) to document the forgotten lives Hanoi’s industrial factories in the tropical, postcolonial urban context of Hanoi;
ii) to tell the stories of these buildings, of the people they have involved, and of the urban milieu they are a part of;
iii) and to imagine alternate futures for them.

The project will be conducted over a period of 12 months during which we will conduct the following activities:

The team has already conducted a preliminary survey of factories built on the territory of Hanoi from the late 19th century until 1980. Out of the 84 sites identified, 10 factories of interest (selected to represent a diversity of location, building types, periods of construction, etc.) will be documented in details. We will collect archival documents related to each site (original blueprints, old pictures, newspaper clips, etc.), survey current buildings and sites along with their surroundings (photography, technical drawings), document the everyday life in and around each sites (observation and ethnographic drawings), and interview individuals who are or have been involved in the life of each factory (ex: retired and current workers, people living around the site, etc.).

The various data so produced will be analysed with the aim of recounting the multifaceted story of each factory, its architectural and urban trajectory, and its historical and current relationship to the city. We will look for common and divergent patterns in these stories and explore their contribution to Hanoi’s urbanity. The primary data used to develop these stories, and the stories themselves (which will take multimedia forms mixing texts, drawings, photographs, maps, etc.) will be collected on a digital platform which we aim to make public at the end of the project.

Finally, the team will use the data and stories produced to develop experimental designs and creative theoretical interpretations. The goal is not to produce definitive solutions or answers but instead to generate innovative design proposals (in the form of urban folies, utopian scenarios, etc.) to provoke a public discussion about the future of Hanoi’s factories. The results of this research-creation program will be disseminated through a bilingual (Vietnamese-English) website, public talks in Hanoi, and publications in specialized online venues aimed at Vietnamese built environment professionals.